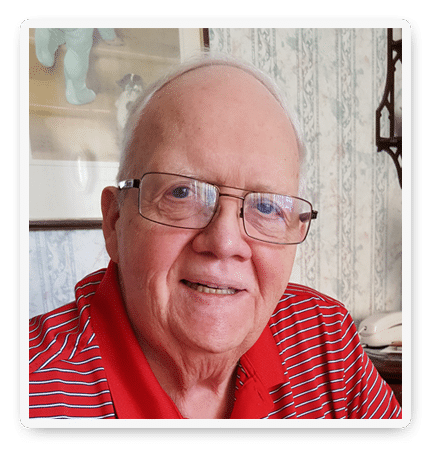 This year Otto Nelson celebrates a whopping SIXTY years with Tom Nelson! Tom officially started here at the family business when he was 17 years old in 1956.

If you haven’t noticed, service is very important to us here. And we recognize our values start with our Otto Nelson family.

Here is Tom’s account of his history at Otto Nelson:

“It’s been a good ride through all the years I have been here, which will be 60 years as of this year. I started when I was 17 right out of high school, in 1956. In 1982 we became a United Van Lines agent which was a good move on both our parts; we received a quality mover and they in return received a top quality agent that was well respected in the industry.

I had a brother and sister in the business with me. My brother William retired in 1988 and my sister Dolores retired in 1990. This left me with ownership in which George Follensbee bought some of my sister’s stock and we became a team that no one could stop. In the next few years we grew in Kenosha, WI, and branched out into Illinois with another agency… just a couple of guys working 70 plus hours a week to make things run correctly. We became noticed in the Unigroup system. In 2000 we merged with a large agent from Minneapolis, MN, by the name of Barrett Moving and Storage. This lasted for me until 2006 when I retired from the company and started to relax but still missed the everyday hum drum of the business. Then came a chance to get back into things again. In 2009, Barrett deeded to close this Kenosha office which put a lot people out of work. They made George Follensbee, Jeff Zastoupil, and me an offer we couldn’t refuse to purchase the business back from them keeping the Otto Nelson name alive. George and Jeff are great people to work with, leaving me to help out part-time and still go to Arizona 5 months of the year in the winter.

I’m proud of what these two guys have done creating jobs for people and carrying on the reputation of Otto Nelson as a quality mover. We have a great team here at Otto and everyone seems to enjoy one another in their job assignments.

60 years in the business and hope I can make to our 100th year anniversary in 2019… not too many companies can claim that feat.”